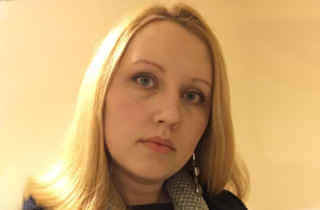 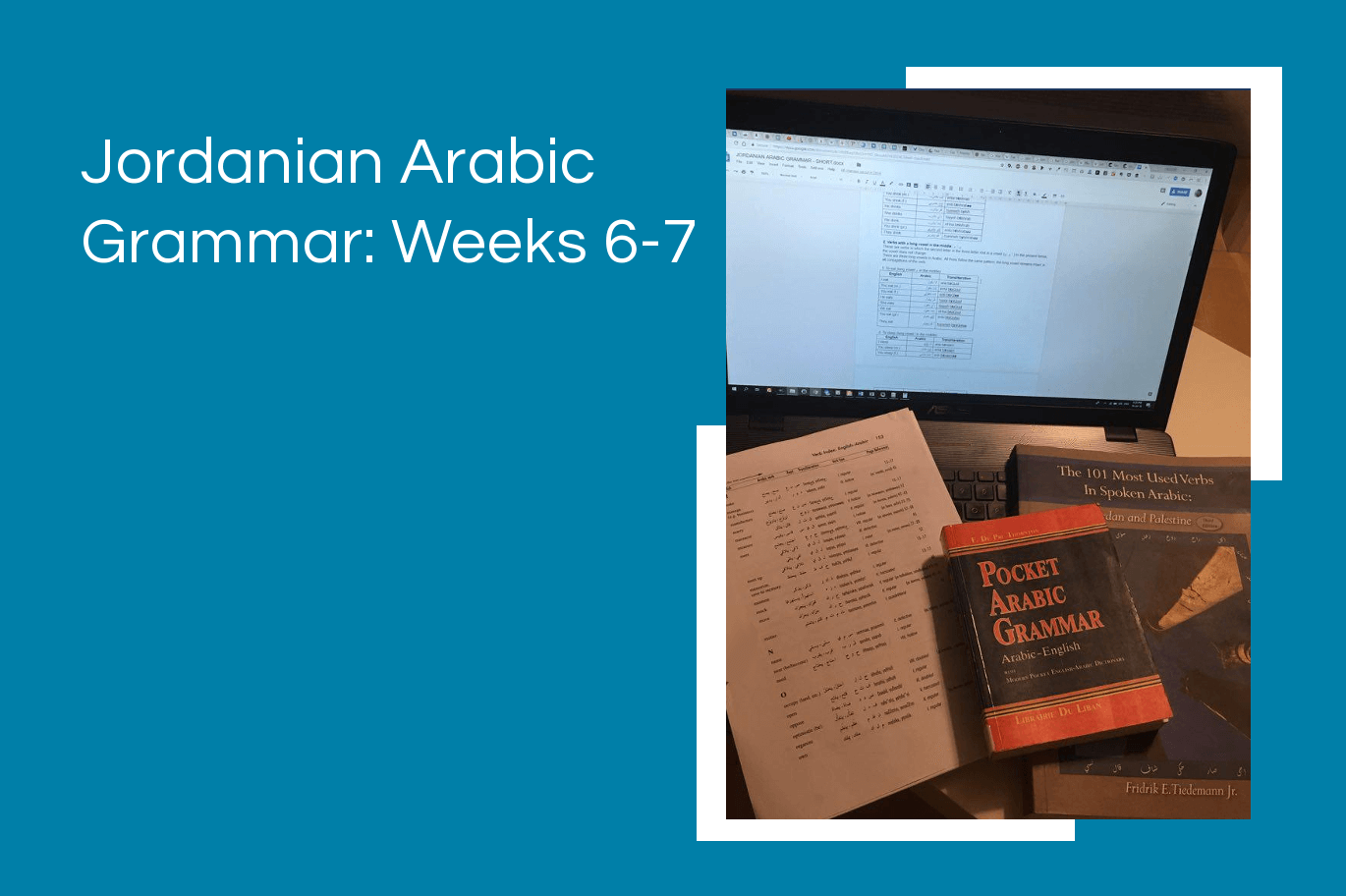 What a long pause I've taken with writing about Arabic in here, mostly by the reason of describing the post-experience from a week of a language marathon. And the previous 2 weeks were devoted to Jordanian Arabic grammar. I enjoy grammar rules, I'm not a person who conquers languages through conversations, I believe in hard work, grammar books and reading in a foreign language.

The students who are studying popular European languages, got a great practice during this period: each of them chose a grammar topic, studied it and briefly outlined it. After that they combined all the topics altogether, and got their own "A Short Grammar of Italian", with examples and exercises.

Well, it sounds awesome, yet with my Jordanian Arabic I didn’t have anyone to team up, and it was rather demotivating for me. If you decided to study Arabic, and your choice is somehow not Modern Standard Arabic from the beginning, but any colloquial dialect, you will understand what I mean.

I love grammar rules, I'm not a person who conquers languages through conversations, I believe in hard work, grammar books and reading in a foreign language.

First of all, Arabs in general advise to speak more and they offer their help easily with studying Jordanian Arabic. That sounds very exciting yet most of them can’t realize what "Arabic as a foreign language" means, so they can’t explain you the grammar rules, especially the difference between MSA and spoken Arabic (ammiyeh).

Secondly, I don't have an ability to learn anything during the conversation in Arabic. I have heard all those magical stories about people coming to Jordan and beginning speaking fluently after a year, I'm not one of them. During 5 weeks of studying Arabic I have memorized around 300 words, only because of a non-stop repetition with Memrise app: I sleep with it and I wake up with it. In case with Italian I didn't put a lot of effort: simply studied regulary, memorized the words and read books, and it gave me now the ability to watch movies in Italian, with Arabic it is going to be a totally different challenge.

And here comes my shining top three - there are no proper grammar books for Jordanian Arabic. If you are trying to get a grasp of this dialect by your own, keep this in mind. You will mostly give up and enroll yourself to a language school. As I’ve said, I had two frustrating weeks, trying to collect grammar rules for Jordanian Arabic from different sources.

During 5 weeks of studying Arabic I have memorized around 300 words, only because of a non-stop repetition with Memrise app: I sleep with it and I wake up with it. 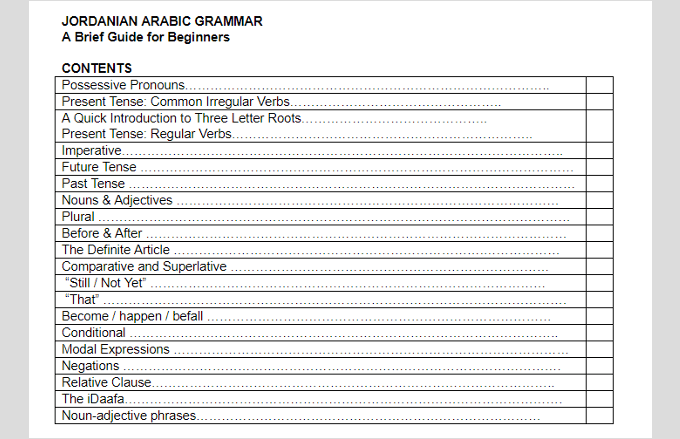 You can check and use my short version of Jordanian Arabic grammar rules. I know it can’t be named as a grammar book, and it definitely needs more grammar topics, yet that’s what I have got at the moment. If you know any better source for Jordanian dialect grammar, please tell me.

Want to Study Jordanian Arabic Together?

If someone wants to join me with the Jordanian Arabic studies as a beginner, online or offline, or correct my grammar as a native Jordanian speaker with a city pronunciation, you can write to me at my Facebook page. I also have an Instagram account. 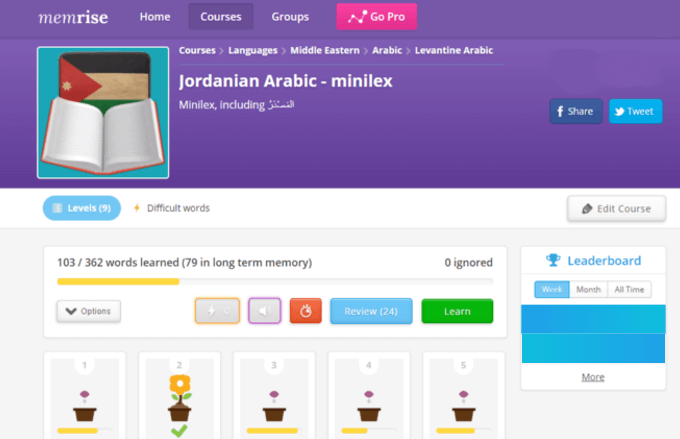 I am also collecting a Jordanian Arabic minilex, you can read about it here, and start learning some colloquial Arabic words with audio at Memrise, it's free. If you want to help me and complete this Arabic mini-vocabulary, you are welcome to join.

P.S. Please don’t try to invite me to take a language class of a certain school in Amman, or persuade me to meet you as a native speaker over coffee and practice colloquial Arabic with you. That’s definitely not what I’m looking for at the moment. 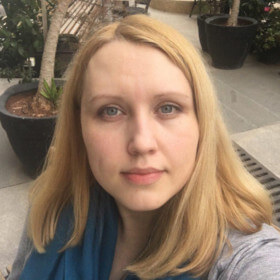